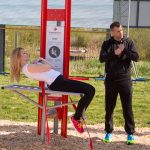 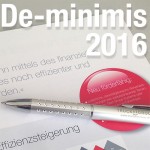 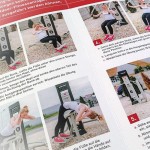 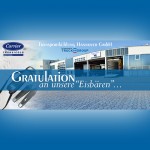 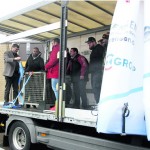 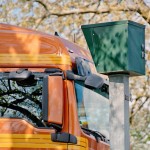 A roadster is not simply a car. The Boxster is not simply a roadster. It’s a sports car that brings you closer to the road, closer to real life and connects you with your own free spirit. The precise, lightweight chassis ensures an impressively dynamic drive, with practically no body roll or pitch. Or, in short, a safer and more comfortable drive.

Power is transmitted to the road by 18-inch Boxster wheels. Their distinctive five-spoke design affords an unobstructed glimpse of the braking system’s black four-piston aluminium monobloc fixed calipers. And you can keep an eye on the pressure in all four tyres thanks to tire pressure monitoring (TPM). The large air inlets illustrate character. The sound produced by the central tailpipe in brushed stainless steel is unmistakably Porsche.

High-quality, stylish materials are used in the interior. The steering wheel rim, gear lever/selector and door pull inlays are finished in leather. The refined tone is [...]

Open-top driving is integral to Porsche history. It began back in 1948 with the No. 1. The convertible variant of the first 356 became a legend, as did its descendent, the Porsche 550 Spyder. In 1982, the first 911 Carrera model in cabriolet form was introduced to the road.

Two things that all open-top Porsche cars have in common are an urge for sporty acceleration and unlimited driving pleasure. The time has come to carry this tradition on into the future. The 911 Carrera S Cabriolet does just that.

That explains what motivates us; so let’s describe what drives the car: the 3.8-litre engine with direct fuel injection (DFI) and VarioCam Plus, which produces 400 hp at 7400 rpm. The 911 Carrera S Cabriolet completes the sprint from 0 to 60 mph in just 4.5 seconds and reaches a top speed of 187 mph.

Without question, the 911 Carrera S Cabriolet has remained faithful to [...]

Let’s be honest: children rarely dream of being an overworked entrepreneur. Even now, they are far more likely to dream about sports cars. And what about years later, when success has been achieved? Do we really have to sacrifice the dream simply because leading a full life no longer leaves any time – or room – for a sports car?

No, we don’t. Not at Porsche anyway. With the Panamera Turbo S Executive, the Panamera Turbo Executive and the Panamera 4S Executive, you have the best of both worlds: you can go for a sporty spin in the driver’s seat and concentrate on finishing your work in the comfort of the rear. Not at the same time, obviously, but certainly in the same car, thanks to an extra 15 cm added to the length of the body. The additional space benefits the rear passengers the most, particularly on long journeys. Here, you can do something [...]

Email to a Friend